MouseTrap was a recruiting company, (renamed from “T&A Consulting” after my friend, Tom Frankel told me it stood for something else among American teens) I ran in the early 2000s. It recruited IT professionals for the US market. I always held that the real programmers and workers are those who can tinker. I recently read about the Hacking culture at Facebook that encourges continous improvement. This old write-up is testimony of a philosophy of pursuing perfection and simplicity that still runs my life and our company’s. Thanks to The WayBack Machine, the site and its contents are still preserved.
——————————————–
We are often asked: “Why a weird name like Mouse Trap?”

Have you heard of Douglas Engelbart?

For those who don’t, Engelbart invented the mouse you are holding. Not only that Engelbart contributed the pointer cursor, Display editing, Outline processing, Multiple remote online users of a networked processor, “Linking” and in-file object addressing, Multiple windows, Hypermedia and Context-sensitive help. 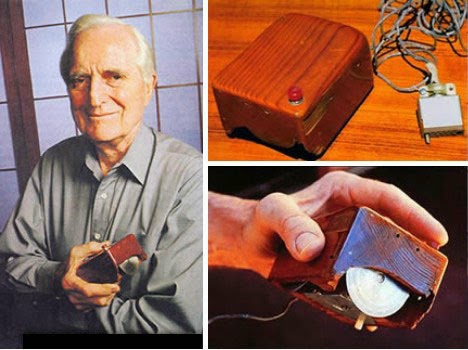 And that revolution is unfinished. Engelbarts build Technology and Technology builds more technology and we are caught in this never -ending cycle of building better and better things. Seems like that is the only path to nirvana – this building of a better MouseTrap. So be it. And like Amazon.com’s company motto puts it: Lets Work Hard, Have Fun and Make History”.

IT workers truly live in a new world where boundries don’t matter. All that matters is the next good idea. So we are constantly on the look out for the tinkerers, the hobbyists, the dreamers, the Engelbarts of the world.

Are you the next one? And what’s the new idea about?

Will you make a better one?

To read more on Engelbart and to download Engelbart’s famed 1968 video, see http://unrev.stanford.edu