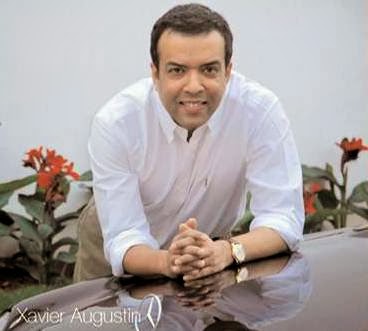 Xavier Augustin, Founder & CEO of Y-Axis has had an interesting life with his willingness to snap up ideas whose time has come. Ideas, he says, are there for people to measure up to and be part of. It is almost like ideas are looking for a personality to bring them to identify the idea with, that way ideas become clear and real.

“I started like everyone else, with the call centre. India was the back office of the world and I had the Silicon Valley entrepreneurial blood in me. For all the arguments people have about what a call centre culture did to Indians, I say it opened people to global corporate culture in the thousands”.
No matter what you discuss with him, Xavier is likely to come back to his favorites topic, the Global Indian.

“The most well known export out of India is still her people you will find Indians everywhere, thriving and changing economies while they do so”.

Educated, entrepreneurial, flexible, frugal they are, he says. He can drop off these words like as if they are the secret code to some magic window and they have proved to be so in the world economy.

After all, the mobile, English speaking, well behaved global India is a phenomenon.Xavier has built Y-Axis around its ability to map movements of Indians around the world – be it for work, study, immigration, investment; anything at all. The western world, especially the European world, has aging populations and can only thrive if there is an influx of young, well behaved people. Indians are the perfect answer. 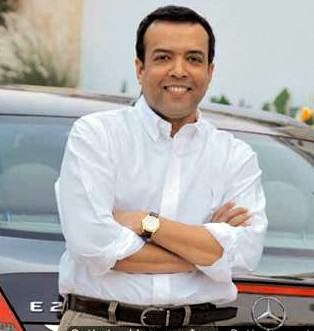 This business has moved from the old paper processing one to one of complex consultations and technological supremacy. (Y-Axis is one of the largest adopter of Salesforce.com in India)

Today countries keep shifting policies all the time, a client needs assurance the advice will work out for a life time. Only a firm spending all its time in understanding business and political trends, studying new rules and procedures in immigration, understanding new countries to thrive in can give an individual a honest answer as to what would work best for him.

Y-Axis has corporatized this in an admirable way. They are so much in demand that they often open a new office each month and each is a replica of the head office. All offices across the country are linked by WAN, fully accountable, and handle 10,000 inquiries at peak time. They often process around 5000 of them.The number can be confounding, but can be serviced well as at Y-Axis the processes are transparent, simple and the agreement is to charge only when actually processing happens, not for the advice.

“We are simple, honest, clean with our clients and the Y-Axis experience anywhere in the country will be the same”.

Looking back, Xavier remembers he grew up in a middle class BHEL family, so there were no wealthy Rao’s or Reddy’s to envy. “We all had similar houses, all went to the best schools, almost all had second hand cars. In BHEL we almost had a socialist life. It was a very good simple life.

Education was big in BHEL. We all did well. I went abroad to study my Master in International Business in South Carolina. The program was ranked No.1 and rated better than Harvard.

I was fortunate that  I began 10 years ago. Vajpayee said in 2000 that this was the best time to be an Indian, and in India. India was unregulated, chaotic perfect space for entrepreneurship. My early grooming was in California, so I was very pro services and pro innovation. There were 64 millionaires being made each day in California. You were as rich as an idea. It never mattered how much money one had, or how much footage. I was initiated early on to the value of ideas”.

There were tough times too. When the dot com wave had gone, sending people abroad was at an all time low. We were actually in a bid shape. I realized then, that the brand is the only asset I owned. Still in this absolute low phase, I never told myself, things are bad. Even if everybody around me thought so, I was sure I would crack the situation soon enough.

“India unregulated, chaotic markets are the perfect space for entrepreneurship. It keeps the space open for trial and error”.

Everybody who had placed their faith in the tech boom was rammed badly. In all that turmoil, he met Sabina, who is now his wife also. “She had faith in me and together we built the company from there. We just worked endlessly on new ideas and stuck to our values. You don’t need an army to thrive, we had just five people then. Today, we employ hundreds of people, but the work methods are the same.”

Passionate about life, he says, “I do believe life is meant to be enjoyed. I travel abroad frequently with my family, and ensure my colleagues are rewarded well too’.

Xavier likes envisioning the direction for the company. It is in fact Sabina Augustin who looks into the operations, and by all accounts is a brilliant leader in herself. Xavier, the visionary, keeps himself ready for the next idea that will download from the universe.