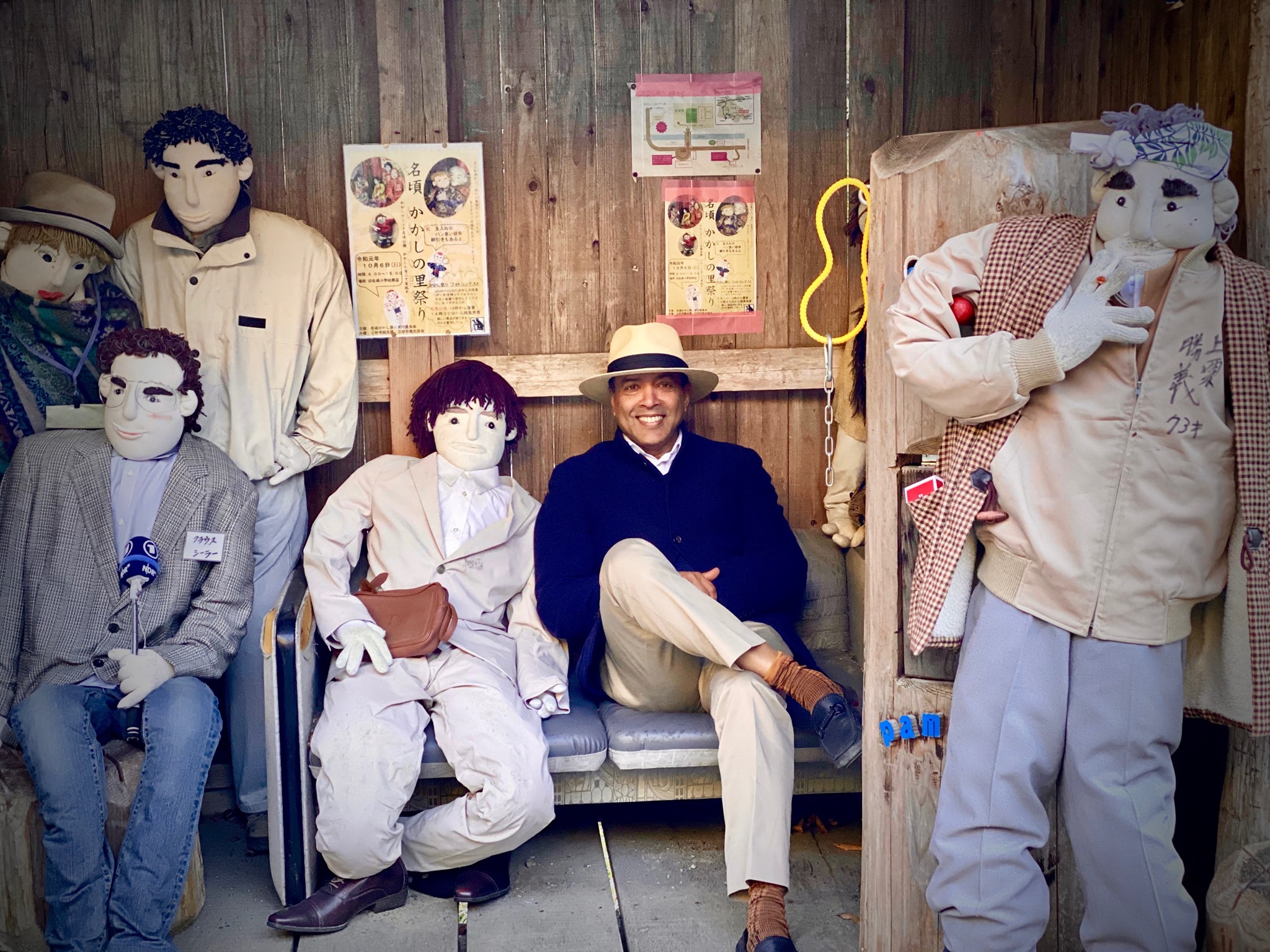 Far far from the madding crowds of Tokyo and Osaka in one of Japanese main islands, Shikoku is a nearly abandoned village called Nagayo which has about 40 residents at most. This village brought to light by its scarecrows represents 10,000 like it. The reasons: Their youth are leaving to the big cities, low birth rates and a greying population. It’s Japan in a nutshell – with a shrinking and ageing population.

Nagaro is a village where its scarecrows outnumber its residents by 10 times or more. All the scarecrows are creations of Ayano who likes to create a scarecrow in memory of some resident who left the village.

As an entrepreneur to whom globalisation and immigration is very dear I unwittingly sat among scarecrows in the village not knowing that it represents a larger problem of Japan’s shrinking and ageing population and that the answer to this problem is immigration which it resists. I wonder if Indians can ever settle in mass numbers like in USA, Canada, Australia or the UK. Learning Japanese may pose a hurdle and an insular society may keep foreigners at bay for a while.