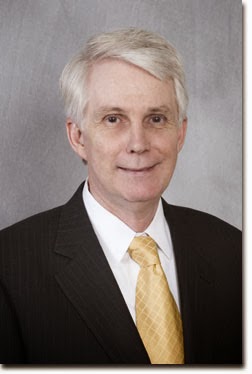 The funny thing about graduate students is that whenever I wish them “Good Morning” they write it down! The class laughs and Ted Moore Associate Professor of Finance succeeds at what he does every time – he gets a taunted MIBS class to laugh. On the last day of our semester Ted got a standing ovation. He stood there with a blush and a sense of achievement, bending in acceptance.

The ovation is not the only kudos that Ted wins, Moore’s excellence in teaching has been a recognized almost year after year. The awards include the Alfred G. Smith Jr Award for Excellence in Teaching by USC in 1988 and the Distinguished Teaching Award, MIBS Program, USC in 1991.
Moore said he is thankful to his students for teaching him how to teach. “I look for their expressions. The students have very expressive faces. When they are confused, they roll their eyes.”
Moore’s classes are proof of his mastery of Finance and English. His fluency of expression, his lucid course structure adds to his excellent display of pedagogic skills. Moore is a well-dressed professor, a factor which to his students exhibits his sincerity and dedication to his profession.
“My main objective is that the students, especially those not seeking careers in finance get a fundamental understanding of financial analysis. They should have the basic skills to understand the tax effects of financial decisions. In fact, finance is a language course,” he proclaims, holding in his hand a book of Wall Street words to prove his point. He was particular that students be able to read and understand the financial press in general.
I understand that the course load for the MIBS program could be as much as 18 credit hours in actuality which is designed for a fast pace. Thus grasp of the material can be tenuous and slippery. But I guess the attitude in the Graduate School should be such that when the ink is dry on the diploma, they ought to think,’ I have only begun to learn what I have to learn’. The course only gives a familiarity” he said.
Moore quotes President John Palms on choosing between teaching and research, its scholarship that matters. I love both research and teaching. It is scholarship that we need.” Ted has a lot list of published articles and is a member of several professional affiliations,
Young Ted Moore wanted to be a historian, later it was to be a chemist. He joined the army at the age of eighteen where he spend 10 years of his youth. The nostalgia of the Vietnam experience remains deeply embedded in his mind. The war changed my perspective of life,” he said. I was like any other high-school kid where I believed that how well you do in school indicated how good a person you are. War changed just that. I worked with men from the lower socio-economic strata, high school drop-outs: with those whom psychologists call misfits from dysfunctional families. In the circumstances of war, they found comfort and a place and did wonderfully”. It was until I met these men that I tended to connect virtue with academic performance. I probably learnt more from high-school drop-outs than any college graduates I ever met,” Moore said.
Moore’s education continued after a life in uniform at the Virginia Polytechnic Institute where he received his Doctorate. He holds a Bachelor of Science degree from the University of Southern Mississippi.
Moore at 43 is still a bachelor who for a past-time prefers to sail or bicycle. He didn’t seem to be particular about ‘church-going explaining that he did not subscribe to any organized religion. He enjoys reading Twain and the philosophy of Russell. In music he prefers oldies.
You would see Ted driving round in a Volvo. He recalled a funny incident in which he had to buy the foreign car. One day the rear glass of his Pontiac (Anti-Christ according to him) had fallen off! He went into the service station with no rear glass and they received him so coldly like they expected him. He remarked: “They didn’t even look surprised,”!
Ted finds his job gratifying and says teaching the MIBS class happens to be the best part of my life. He believes that the key to happiness is getting control of life, largely through knowledge.
Moore said, “Knowledge tells us how to understand the world; what to expect from ourselves and from the world. When we understand the world and ourselves then we can choose where, who and what we want to be,” The saddest thing would be to look back on a long life and wonder what happened,” he said.
When Ted looks back at his 43 years of graceful aging, he might find both love and war and surely the faces of thousands of students who would remember attending his class for more than one reason.